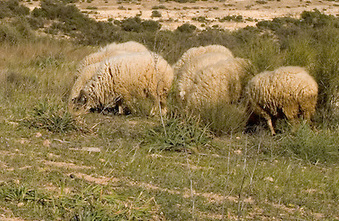 Officially . . .[restrict]the crisis in Libya is about politics, ideology and communities at bitter loggerheads with each other. But, in reality, so much of it is about money.

The following events, which took place a few days ago, say a great deal about reality in the country today. Names have been changed to protect individuals.

Adam received a phone call just over a week ago from the guard at the family farm west of Tripoli. It had been attacked. Sheep, horses, saddles and other equipment had been stolen.

He got in his car and drove immediately to the farm. There were checkpoints on the road, held first by Libya Dawn fighters, then by Warshefana forces. There was no problem passing through them. The guards were polite. “If they liked the look of your face they waved you through. If they were a little suspicious they asked to see your papers. At one, I was asked to open the boot. The guard took a quick look and then waved me past.”

A few phone calls had led to the discovery of the person had been responsible for the theft. It turned out to be the son of someone Adam knew. Another phone call resulted in the son being ordered by his father to go back to the farm to meet Adam and return the stolen goods.

“I’m very sorry,” the young man said when they met at the farm. “I did not know you were a friend of my father,” as if somehow that made it morally different.

But not sufficiently different. He still asked for two thousand dinars to return the animals and goods. He was going to have to buy them back from those he had sold them to, and he did not have the money anymore. Or at least that is what he claimed. So Adam had to pay the two thousand to get his belongings back. Not that everything was returned. Presumably those to whom the young thief had sold the items wanted to keep on to some of them. But he did get back the horse and the saddles.

This all happened the day that Adam arrived at the farm. It was now late and he decided to stay the night and return to Tripoli in the morning. It had been an easy drive to the farm and there was no reason to think that it would not be the same returning to the capital.

But the next morning, all hell had broken out in the area. There was shooting, heavy artillery fire, with a great deal of it seemingly fired at random, and aircraft flying overhead. There was no question about it. It would have been suicide to drive off in the midst of it all.

So Adam stayed put, even though there was no food in the farm and no electricity, which meant there was no water either because the pumps could not work. Finally, during a lull, he summoned up enough courage to walk cross-country to a neighbour’s house a kilometre and a half away. There he was given water and food, but also the advice that under no circumstance should he try and drive off at present. He should stay at the farm – but not in the house, because it could be bombed.

So for the next three nights he slept under a tree on his farm. By then, the fighting had subsided and he organised for a friend in the area to accompany him in his own car towards Tripoli. So, four days after arriving, he set off back to the capital, a convoy of two: Adam in his 4×4 and the friend, Fathi Badri, in his car.

But his problems were not over.

“Some way down the road, another car drove up alongside me and continued for a short while beside me. We accelerated but the driver did it again. We moved ahead and again he drove up beside me. This time he was pointing a gun at me,” Adam explains.

He and Fathi stopped . “He [the intruder] wanted my car.”

At that point, though, in a very Libyan way, the situation again changed.

“I know you,” the friend said suddenly, pointing his finger at the would-be thief. You’re Hassan the son of Abdullah”.

“How do you know me?” Hassan retorted aggressively.

“I’m Fathi Badri. I’m a friend of your father. Surely you remember me?” the friend replied.

Hassan was full of apologies at his behaviour: “I’m so sorry. I did not realise.”

He could not have been nicer, says Adam, and wanted to help. “Where are you going?” he asked.

“No don’t go that way,” when told the direction Adam and Fathi intended to travel. “There are roadblocks. It’s dangerous. Come this way.”

So Adam got back to Tripoli last week with the help of the man who had threatened to kill him to steal his car.

Twice, the situation had been turned around because of contacts. But he was lucky. It is not always like that in today’s Libya.

Organisation of Islamic Cooperation condemns slaughter of 30 Ethiopians in Libya