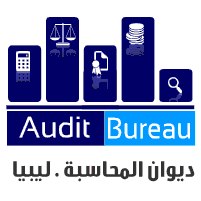 The Tripoli-based Audit Bureau has . . .[restrict]frozen the bank accounts of a total of 79 Libyan and foreign companies as well as individuals from either transferring foreign currency, opening Letters of Credit (LCs) or being the recipients of Libyan LCs.

The suspension is as a result of their ‘’questionable’’ banking transactions manipulating LCs, the Audit Bureau said.

In total there were 25 Libyan companies, 42 Libyan individuals and 12 foreign recipient companies suspended.

The move from the Tripoli based Audit Bureau comes on the back of rocketing black market foreign currency exchange rates due to less foreign currency being released by the Central Bank of Libya (CBL).

The foreign currency shortage has been driven by low oil revenues, low oil production and a crash in international crude oil prices.

The rise in black market exchange rates has caused prices to rise and has made medical treatment abroad  – a necessity and not a luxury for many Libyans due to the poor local health service – even more expensive for Libyans.

As a result, there has been an outcry from the Libyan public against the authorities for failing to take steps against corruption at banks accused in profiteering from foreign currency dealings – foreign currency that fails to reach ordinary citizens.

Murzuk struggles to find a mayor