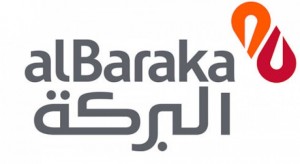 The Tripoli-based Libyan Audit Bureau has . . .[restrict]confirmed that Jordan based Al Baraka bank has returned a transfer from Libya for being ‘‘suspicious’’ and for ‘‘funding terrorism’’.

The transfer originating from the Central Bank of Libya (CBL) were intended to cover Libyan student scholarships in Jordan.

The Audit Bureau described the reasons that Baraka bank gave for returning the transfer as ”strange” and ”unsubstantiated” .

This transfer is the second transaction sent to Jordan ostensibly to cover Libyan student scholarships there.

The Audit Bureau revealed that it had, in cooperation with the Ministry of Higher Education and the CBL, opened an independent bank account for the Cultural Attaché at its Amman embassy specifically for scholarship funds.

However, the Audit Bureau admitted that the Libyan embassy broke procedures and regulations and an agreement by using the funds on other spending rather than for student scholarships.

The Audit Bureau was at pains to point out that it is at arm’s length from the current ongoing political wrangling in Libya and its main concern is the safeguarding of public funds.

Furthermore, it said that it has put in place an alternative system of paying the students’ scholarships through the Libyan Foreign Bank to be remitted directly into students’ bank accounts.

It is not exactly clear why the Jordanian authorities returned the ‘‘suspicious’’ Libyan transfer and what the Libyan embassy in Amman used the initial scholarship funds on. [/restrict]