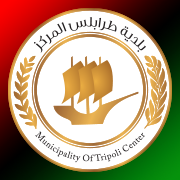 The outgoing Mayor of the Municipality of Tripoli Center (MTC), Mahdi Al Harati, has obtained a court injunction against the Ministry of Local Government preventing the holding of new Mayoral elections in Central Tripoli to replace him.

Al Harati wants his appeal against his removal to be heard by the courts prior to the new elections.

It will be recalled that Al Harati was voted out of office as Mayor of MTC in absentia by a two-thirds majority on 18 August, with six members of the MTC council voting for his removal, one opposing the move and one abstention.

The day after the vote Al Harati turned up at his office in Tripoli rejecting the legality of the vote. However, his opponents succeeded in persuading the Ministry of Local Government of the soundness of the vote to the extent that the Ministry agreed to organize new elections.

Today, Al Harati has succeeded in obtaining an injunction against the holding of those new Mayoral elections until his appeal against the process to remove him is heard.

Al Harati had gained the perception of being an ineffective Mayor during his tenure since his election in June 2014 as Tripoli suffered poor services with rubbish pilling up on street sides, power cuts, food, fuel and cooking gas shortages etc.

The fact that he was an ex-militia leader of the Tripoli Revolutionary Brigade (Thuwar Trablus) and founder of the Liwa Al-Ummah brigade in Syria did not help. Added to this was the perception that he had built up as an absent Mayor photographed abroad enjoying himself while Tripoli struggled.

Al Harati has made no secret of his political ambitions and in an exclusive interview with Libya Herald in 2013 claimed that he had been considered as interior minister by Prime Minister Ali Zeidan.

At the time of the interview, prior to being elected as MCT Mayor, Al Harati had been speaking about what he would do if he had power. He had claimed that the main reason behind Libya’s security problems was the failings of the Interior Ministry.

Harati said that Interior Minister at the time, Ashour Shuwail, ‘‘could have solved the security problem but he didn’t focus on it. A strong Interior Minister can easily bring about a change but nothing has changed. Even security on streets of the capital is deteriorating. It doesn’t matter if it is me or anybody else. The important thing is that the minister take charge and improve the situation” Harati had said.

“The thuwar (militias) want to see somebody [as Interior Minister] who they can trust, who can understand their problems. That is why, on their insistence, I agreed to accept the position if offered by the Prime Minister. My plan would be simple: you secure Tripoli and it affects all of Libya. I would use the thuwar to support the army and police by involving them as individuals and not as brigades,” he had claimed.

However, critics of Al Harati claim that he has been ineffectual in his role despite his supposed relations with militias and has not been able to make Tripoli a secure and safe environment. They point out to the numerous kidnappings, car-jakings, bank raids in Tripoli during Al Harati’s tenure. [/restrict]