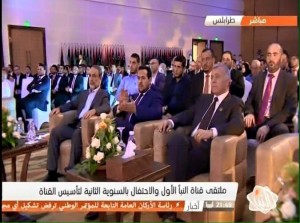 Al-Naba is one of the very few television stations still able to operate in Tripoli as all non-Libya Dawn-GNC supporting media were forced to leave the capital for security reasons.

The only internationally recognized Libyan parliament is the House of Representatives based in Tobruk borne out of the 2014 elections and its Abdullah Thinni government based in Al-Beida.

HRW in its report in February this year characterized the situation in Libya as a ”war on the media”. [/restrict]

IS beheading siege in Derna ends in deaths of two children