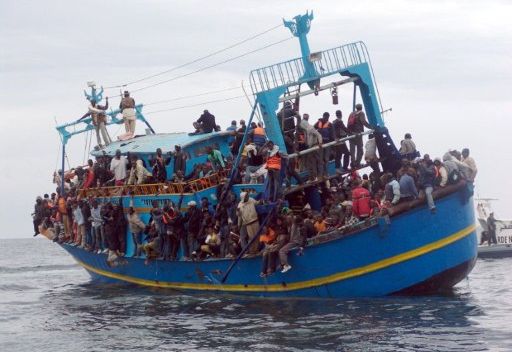 A Zuwara militia leader . . .[restrict]alleged to be a key operator in smuggling migrants across the Mediterranean is reported to have been killed early this morning in Tripoli.

The man was leaving the home of relatives near the Tripoli Medical Centre accompanied by a security team and colleagues when armed men blocked the road and confronted them.

In the subsequent shootout, he and the eight men with him were shot dead.

There have been suggestions that the attackers, who have not been identified, had initially aimed to seize the alleged smuggler. However, the gunmen, none of whom were killed in the shootout, seem to have been professionals. It is reported that while they were using hand guns, their opponents were armed with Kalashnikov semi automatic rifles.

Zuwara is considered the smuggling capital of Libya, particularly of migrants. There has been growing embarrassment within the regime in Tripoli and anger in the town itself at the trade, particularly following the tragedy last month when hundreds were drowned offshore and bodies swept up onto the shore. [/restrict]

No HoR team expected at Skhirat negotiations before Tuesday