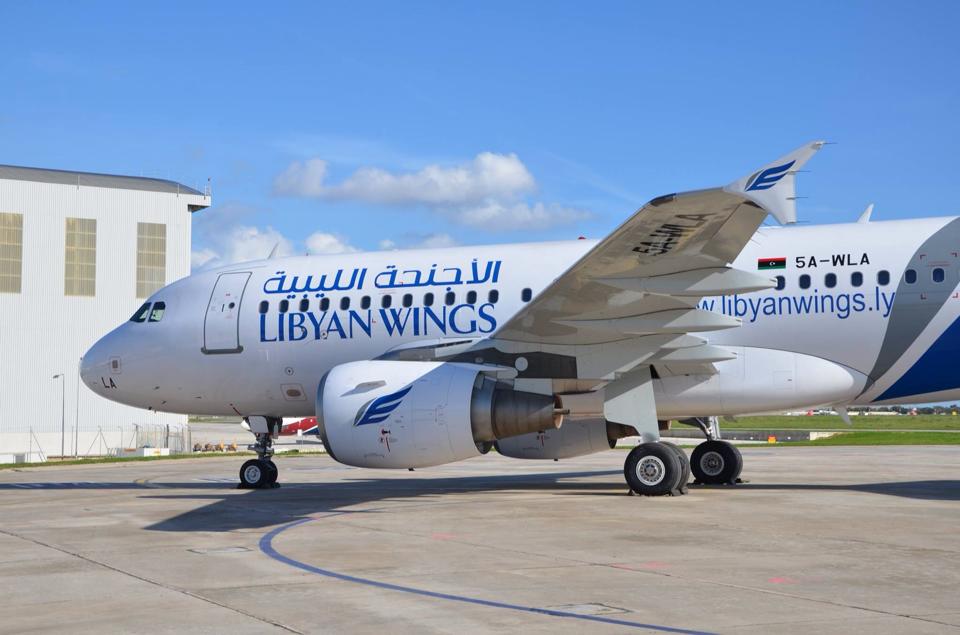 The official launch of . . .[restrict]Libyan Wings, Libya’s newest airline, took place at a ceremony at Tripoli’s Corinthia Hotel on Thursday. However, there were no-one from the government or the GNC, or from other airlines, and with so many officials and businessmen away from capital in the current situation, about only 30 to 40 guests were in evidence.

In a speech, the chairman of the company, Wisam Al-Masri, said had three messages to give.

The first message, he said, was to the civil aviation authority. “We know that you are working very hard to overcome the obstacles and the current situation in Libya. I hope we can work together to prove better services.”

The second message was to Libya businessmen who, he said, wanted to start businesses at any field. They should do so, he said. Libya can not wait anymore, it needs a lot”.

“The third message is to all Libyans. Together we need to rebuild Libya not destroy it.”

The airline, which has been operating out of Tripoli’s Mitiga airport since 22 September when it had its inaugural flight, to Istanbul, would expand, the chairman added. “We are now operating to Tunis, Istanbul, and Khartoum, and we hope to go to more destinations in future”. It would fly from other Libyan towns and cities, he said.

“We are operating now with one plane”, but noted that the carrier had three A319 airbuses and hoped to acquire more planes in future.

The airline is currently operating two flights daily to Tunis, now the main destination from all Libyan airports. [/restrict]

Waha Oil’s Al-Dahra field restarted – to produce up to 10,000 bpd by year-end

Murzuk finally gets a mayor