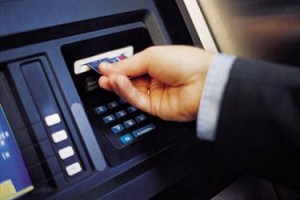 Tripoli banks have been running short of cash in . . .[restrict]recent days prompting long queues at ATMs and tellers’ desks.   Banks have been blaming the problem on limited deliveries from the Central Bank, while the CBL is insisting it is sending out plenty of money.

Whatever the reality, the queues today were real enough. The Libya Herald visited several banks. At the the Rasheed branch of Sahara BNP Paribas, the crowd was so large that it was impossible to get inside.  But it appeared that everyone was finally being given the cash they wanted.

At a branch of the Trade and Commerce bank, a cashier explained that LD8 million had been delivered this morning. “It ended a few days of drought” he said, “We don’t know why this should have happened. We haven’t received a clear explanation from our head office”.

The CBL is adamant that it is sending out cash normally. The problem, CBL media manager, Essam l-Oul told this newspaper, lay with the distribution of banknotes and coins by some bank administrations. They were receiving their consignments from the CBL as usual.

In addition CBL investigators, who have recently been focusing on forged letters of credit, are now looking at bank branches. One alleged case of fraud has already been uncovered, in which a local manager is suspected of using cash delivered to his bank for his own purposes.  The Bank has started a series of unannounced branch-level spot inspections. [/restrict]