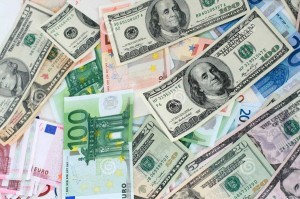 Customs men at Tunis airport are . . .[restrict]reported to have discovered a bag containing LD 4 million in foreign currency, mostly euros and US dollars.

It is unclear when the find was made during a scan of luggage from a newly-arrived Libyan Airlines flight. The bag was apparently unidentified and it is not thought that any passengers were detained. [/restrict]