Libya could run out of foreign reserves by 2019: IMF 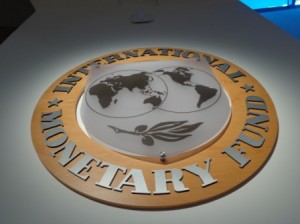 The IMF has warned that Libya . . .[restrict]could run out of foreign currency reserves by 2019 if its revenues and spending remain at the present levels and without mitigating measures being adopted.

The IMF revealed that Libya’s 2015 estimated deficit will be 54 percent of its GDP as a result of an 84 percent drop in state revenues.

While it was conceded that Libya’s economy was already weak prior to the 2011 revolution due to its undiversified economy, the political and military conflict that is the country is going through has compounded its financial and economic problems.

‘’The country requires painful measures’’ and ‘’if there is one government things will be better’’, the IMF’s man added.

The fall in Libya’s oil production has been compounded by the collapse in international crude oil prices.

This fall in state revenues and increased spending has forced the state to deplete its foreign currency reserves at an extraordinary rate with an estimated US$ 44 bn of the reserves been used up since the 2011 revolution. Libya ‘’could run out of reserves by 2019’’ warned the IMF.

The IMF confirmed the view held by many oil sector experts that Libyan oil production can be ramped up quickly to 700,000 bpd in the short term. However, despite this, the IMF insisted that reform was imperative.

Moreover, wages and subsidies form 60 percent of Libya’s budget with minimal spending on development projects that might contribute to alternative revenues or a diversified economy.

Due to the political split of the country, the Central Bank of Libya (CBL) is currently conducting fiscal policy in Libya rather than the Finance Ministry – which is seen as unusual and deemed as unhealthy.

Moreover, the political fragmentation of the country is in danger of leading to two financial and banking systems. This split, if entrenched, would further weaken Libyan affairs, the IMF warned.

The IMF also warned that Libya’s inflation is being aggravated by the CBL’s hard currency rationing.

The IMF warned that subsidies need to be fazed-out and that the cash transfers being considered should only be as a transitional measure.

There needs to be a change in the mentality in Libya that ‘’everything is free’’. ‘’Libya is not rich’’ and ‘’substantial reform is needed’’ El Qorchi said. [/restrict]