Bangladeshi embassy warns that foreigners are being targeted 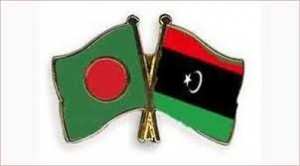 The Bangladeshi embassy in Tripoli has warned . . .[restrict]its citizens that foreigners were being targeted in the capital and that they should therefore not leave their homes after dark.

Last August the government in Dhaka banned nationals from travelling to Libya for work. Nevertheless, as it is there are still up to 50,000 Bangladeshis in the country mostly working in menial jobs such as rubbish collection and road-sweeping.

The embassy said that following the 7 January announcement by GNC president Nuri Abu Sahmain that, on the grounds of security, the movement of foreigners should be closely watched, Bangladeshis  needed to “ensure their self-security”. This meant always travelling with their passports, medical fitness cards and the identity cards provided by employers and avoiding going out at night.  The embassy also counselled caution in taking up job offers from Libyans they did not know.

Six Bangladeshis were freed last December by the Rada security force after they had been abducted and held in Abu Seleem after responding to a bogus offer of work.

The diplomats have given a Hot-line number for any of their nationals who find themselves in trouble. It is +218-916994207. [/restrict]

IS claims it was responsible for Maradah attack and abductions

Government sends condolences on death of Libyan ambassador in Berlin