Eight Tunisians were deported from Tripoli today by Rada for alleged connections to IS/Daesh (Photo: Rada).

Rada, the Special Deterrence Force (SDF) deported 8 Tunisians from Tripoli to Tunisia this morning suspected . . .[restrict]of having a connection with IS/Daesh.

Rada reported that some of those departed from Tripoli had entered Libya illegally.

Rada called on the Tunisian and Libyan authorities to cooperate more closely and directly on a continuous basis with regards to issues of security. They particularly called for a better effort at the borders in light of the circumstances that the two countries were going through and their efforts to impose security. 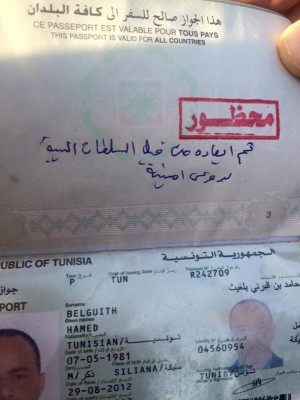 Some of the deportees who had entered Libya legally had their passports stamped ”barred” in red by the Libyan authorities preventing them from re-entering Libya at least legally again. 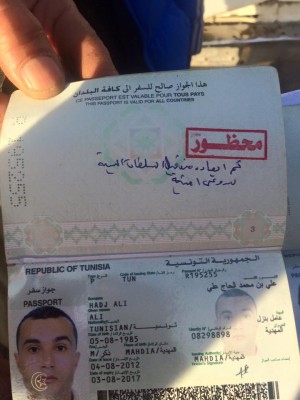 Rada has been conducting a campaign recently to arrest alleged IS members as well as arresting kidnappers and criminals in general.

Rada is officially part of the Ministry of Interior and headed by Abdul Rauf Kara. It has been criticized in the past for alleged human rights violations with at least one prisoner dying allegedly while in its custody. [/restrict]

Egypt says Libya must lead any attack on IS