UNHCR finds war criminals on all sides in the conflict 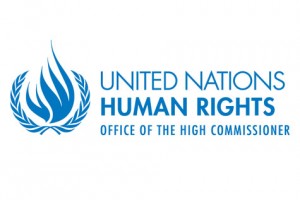 Human rights have been disregarded by all sides in . . .[restrict]the Libyan conflict since 2014 with summary executions, rape, torture, sometimes to death and illegal detention rife throughout the country says the United Nations High Commissioner for Human Rights.

In a 95-page report, it details abuses which it says amount to war crimes. Even though the International Criminal Court in the Hague effectively washed its hands of  the prosecutions of Qaddafi’s son Saif Al-Islam and the dictator’s feared security chief Abdullah Senussi, the UNHCR calls for the prosecution of those who have perpetrated other war crimes. It says that the ICC has so far listed 1,539 violent deaths between April and August 2015, many of them civilian.

Yet the security problems plaguing all such investigations were also encountered by the UNHCR team themselves, who admit that their researchers were only able to visit Tripoli for a single day and did not actually leave Mitiga airport.

Even so, they were able to gather evidence of widespread war crimes and the total lack judicial process. Mostly outside Libya they took statements from more than 200 witnesses.

In the government-controlled east, the army stands accused of abduction and summary execution of suspected members of the Benghazi Revolutionaries’ Shoura Council, Ansar Al-Sharia and IS. Evidence was given that surrendering terrorists had been shot out of hand. The UNHCR also said 229 assassinations had been carried out by terrorists operating in the city.

In Libya Dawn-controlled areas, the pattern of war crimes was repeated, with militias acting as judge and jury in a lawless environment. Among the incidents reported was the abduction, drugging, detention and repeated rape of a woman seized on a Tripoli street.

The UNHCR also collected evidence of the physical mistreatment and sexual exploitation of migrants, whether they had come to Libya in search of work or were seeking to pay people -smugglers to launch them towards Europe.

Details of the abuses carried out in IS-controlled territory was not simply based on the footage that the terrorists themselves published. There were interviews with former “Caliphate Cubs”, boys, who below the age of 16, had been given weapons, explosives and suicide bombing training. One interviewee told researchers that the cubs were also used by terrorists for sex.

The report also noted that civil society activists along with journalists had been singled out for murder, detention or threats by all sides. [/restrict]

More deaths on both sides as Sabrathans hunt down local IS