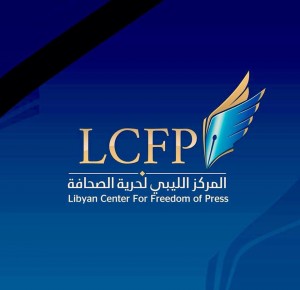 The Libyan Centre for Freedom of Press . . .[restrict](LCFP) reports there were 14 serious attacks on female journalists in Libya between January 2015 and February 2016. These assaults,  the LCFP said, had led to them leaving their work. Most incidents were in Tripoli, Sebha and Benghazi.

The revelation came in a statement released by the leading press-freedom NGO today to mark International Women’s Day 2016.

‘’The battle is still long for women journalists in Libya to be able to gain their rights and fully take part in their journalistic work without being subjected to coercion or terrorising’’, said the LCFP.

‘’Despite the media explosion post the 2011 revolution in Libya and the entry of many Libyan women into the media sector, including high positions such as editors, women still suffer risks in their daily work. These include the ability to travel and move around the country freely and in safety. This inhibits women from fully taking their place in the Libyan media sector’’.

The attacks have ranged from threats, violence itself and death threats. The “frightening and worrying” increase in  violence against them throughout Libya has forced many women to quit their jobs

Reem Abdelsalam, LCFP researcher said that Libyan women journalists are subjected to ‘’a range of violence’’ during the pursuit of their work which has ‘’led to many refraining from working in the sector’’ [/restrict]