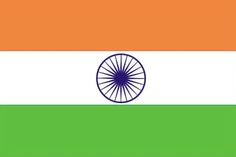 In the face of rising security concerns, . . .[restrict]the Indian government has banned its nationals from travelling to Libya.

Delhi’s Ministry of External Affairs announced yesterday that until further notice, no Indian citizen should be going to Libya, for any reason whatsoever.

However, it is a moot point whether what is in effect a travel advisory can amount to an outright ban on visits.

Moreover, the Indian government has been trying since the summer of 2014 to persuade its citizens already in Libya to quit. At that time it was estimated around two thousand of its nationals were still working here.  Most were employed in the health, IT or universities.

The Indian embassy in Tripoli was last year moved to Djerba in Tunisia, thus cutting Indians off from local consular support .

Though a large group of Indian nurses fled Tripoli in August 2014 in an evacuation organised by Delhi,  there has been no major exodus since. Instead Indians have been leaving in dribs and drabs, more often because they are not being paid rather than security concerns.

However last month’s seizure of IT professional Reji Joseph from the Civil Registration Authority where he worked has  clearly raised concerns about lawlessness in Tripoli.

There was further alarm after an Indian nurse and her young son were killed by a shell in their Zawia apartment in March. Suni Sathyan and her husband Vipin Kumar were among 27 Indians still working in Zawia hospital.

Serraj moves on to Saudi Arabia