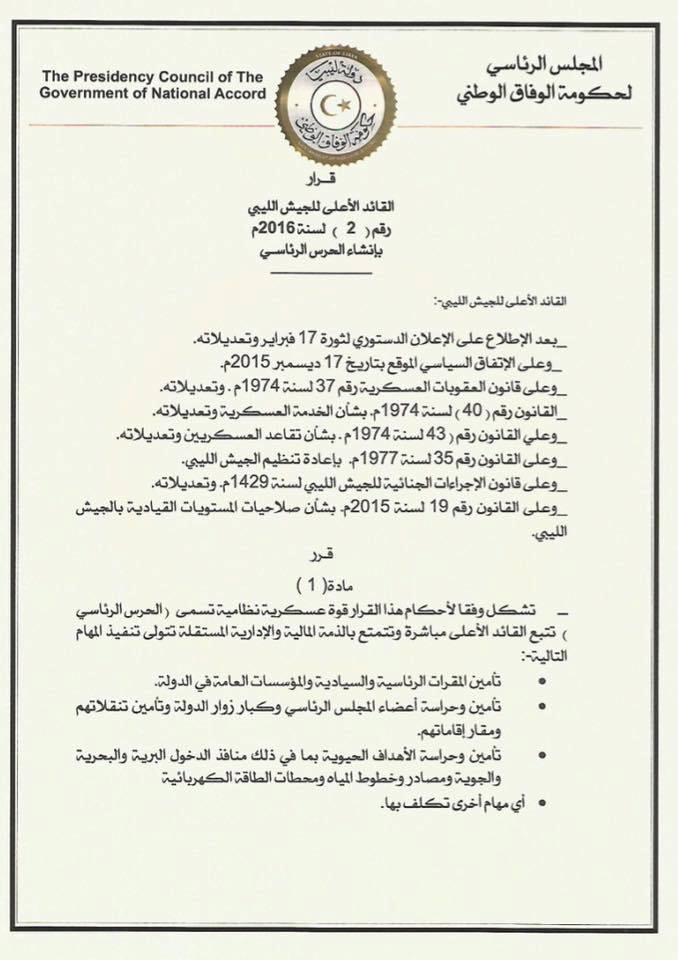 The Presidency Council, headed by . . .[restrict]Faiez Serraj, has announced the establishment of a Presidential Guard to ensure its safety and act as an elite military force to protect sovereign institutions such as the Central Bank of Libya. It will also have a wider remit to secure other public institutions and utilities including airports, ports and even electricity lines.

The widely expected move was made in a declaration published today, posted on the Presidency Council Facebook page.

Plans for a Presidential Guard have been under discussion for several weeks. At the moment, the Presidency has to rely on irregular militias in Tripoli for it security, which means that it is beholden to them.

The new Presidency Guard will be drawn from members of the Libya army, the police as well as some of the militias. It is believed they will receive training from abroad. 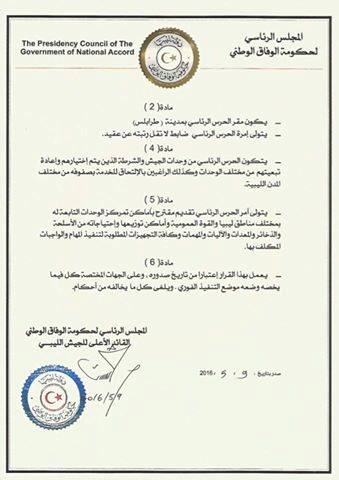