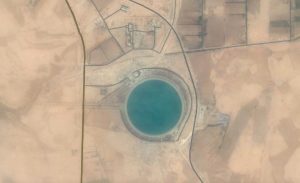 Benghazi was without water from around 8am this morning as a result of power cuts to pumps at the two reservoirs in Soloug some 50 kilometres south of the city.

In Benghazi itself, where electricity outages have been averaging seven to eight hours a day, it was initially reported that the cause of the water cut was because power lines between Ajdabiya and Zuweitina had been brought down in fighting between the Libyan National Army and the Benghazi Defence Brigades. As a result, pumps at the the Man-Made River project south of Ajdabiya had stopped working.

However, this has now been denied, with the pumps at Solouq being blamed instead. In any event, the reservoirs there hold enough water to last several days, even if the pumps south of Ajdabiya stop working.

Parts of Tripoli, meanwhile, have been without water for four days now and electricity outages are lasting between ten and 12 hours a day.

Previously, the state electricity company GECOL had attributed the Tripoli problem to a major rise in airconditioning use because of high temperatures. However, the temperature has dropped in less than a week from the mid 40s to the mid 20s – the high today was 25˚C – and very few are using airconditioning.