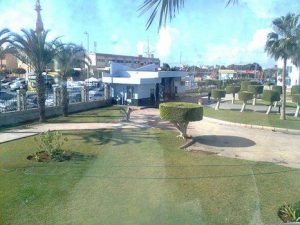 A car bomb exploded this evening in front of the visitors’ entrance at Benghazi’s Jalaa Hospital killing five people. Another 13 were wounded. At least three are said to be in critical condition.

Some of the casualties, which include two children, are reported to have been passers-by.

The wounded are being treated at the hospital. The dead were taken to Benghazi Medical Centre. They have been named as Hashim Mohamed Manaie, Ibrahim Shouaib Muftah, Imad Ali Ageela, Otman Ai Otman and Mohamed Abdullah Mahmoud.

It is presumed that the bombing was the work of the so-called Islamic State or Ansar Al-Sharia both of which have been heavily smashed by the Libyan National Army in recent weeks. However on Thursday evening, a grenade was thrown into the hospital’s reception area, causing significant damage. Some reports said it was a terrorist attacks but the hospital denied it saying it was the action of an individual with a grudge. It is not yet known if that was true or, indeed if the two incidents are linked.

All roads in the area around the hospital have been closed by the police.