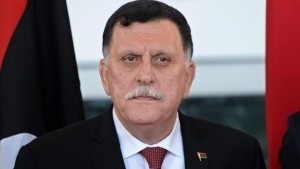 Prime minister-designate Faiez Serraj has insisted that IS will only be defeated in Libya if there is a unified army, made up of military forces from all over the country. He has also confirmed the presence of foreign special forces in the fight against the terrorists.

The advance on Sirte had slowed in recent days, Serraj told the news agency AFP because of terrorist suicide bombings. He added that there was a concern for civilians trapped in the town, whom he said IS had not hesitated to use as human shields.

Serraj did not expand on how military unity could be achieved. The position of Khalifa Hafter, appointed by the House of Representatives as armed forces commander-in-chief, has been a key sticking point between Tripoli and Tobruk. Parliament wants Hafter to stay. The west, particularly the Misratans, want him out.

Hafter was notably emollient when he spoke to Benghazi civil activists two days ago, suggesting that he could work with Misratans, though rejecting their militia leaders.

Serraj has also given the first formal admission that the Bunyan Marsous forces were receiving foreign “aid”, but he said that this was limited to logistical support. He declined to name any countries providing this help. There have however been persistent reports that British and US special forces have been spotted near the frontline.

He told the French agency that he did not rule out asking for greater foreign military assistance but gave no indication that such a request was imminent.  He did however blame the international community for failing to help the country meet the challenges after the Revolution.

He said that there was no magic wand to solve Libya’s crises but added that he was sure that the country would succeed. If he ever lost that faith, he would not stay in office a moment longer.