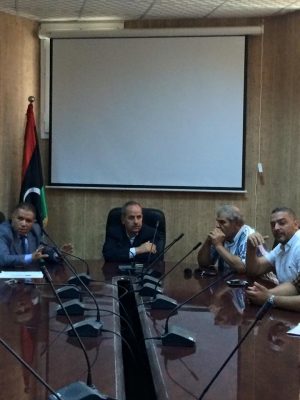 Members of the judicial police in Tripoli, who are responsible for guarding jails, have announced a 24-hour strike and have threatened to release all their prisoners because they say there is no money to pay for food supplies for the inmates.

In a statement today,  the judicial police media office said that the decision had been made at a meeting of Tripoli prison managers. With no money coming in, debts had built up and they were now unable to pay the catering companies which supply the prisons.

It is not clear how serious the threat is. However, the judicial police stated clearly that they would not be held responsible for expected riots in the prisons if there were no food. If bloodshed and violence were to be avoided, they said, they would have to open the doors and let the prisoners go free.