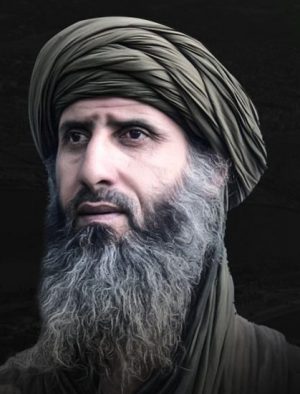 The surviving terrorist positions in Benghazi’s Ganfouda district were being pummelled this evening by artillery salvoes that could be heard clearly several kilometres away in the centre of the city.

“If you could hear what I’m hearing now, you would say this is hell” a central resident told this newspaper.

It is understood that there have been heavy casualties on both sides but no details have yet emerged. One person close to the army said that the terrorists had taken the greater losses. Among their dead was said to be a senior commander, a Tunisian national. The army has not yet given his identity.

Islamists have mounted a social media campaign with the hashtag “StopthesiegeofBenghazi”.

There has also been an intervention from the leader of Al-Qaeda in the Islamic Maghreb (AQIM). Abu Ubaidah Yusuf Al-Anabi posted an audio message in which he called on Libyans, whom he called the descendants of Omar Mukhtar, to join the fight against the Libyan army and the “French forces” in Benghazi.

He is also reported to have demanded that women and children be allowed to leave the Ganfouda enclave where they are trapped along with IS, Ansar Al-Sharia and Benghazi Revolutionaries’ Shoura Council fighters. Such an offer was in fact made by army commanders on Saturday. But it was rejected when it was made clear that those passing through the army lines would be searched to ensure that no terrorists were seeking to slip away.

There have been other Islamist posts in recent days which bemoan the failure of Libyans to defend the militants and seem to accept that the Benghazi battle is effectively lost. But one message promised that the Islamist fighters would remerge elsewhere “stronger than ever before”.