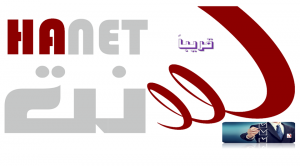 Hatif Libya (Libya Phone) company has announced that it has completed its technical work to expand its fixed wireless internet service commercially called ‘‘Hanet’’ for the western region.

Hatif Libya is one of the main seven telecoms subsidiary operating companies in Libya owned by the state telecoms holding company LIPTC.

Hatif Libya has an ongoing expansion nationwide project to increase capacity and access to fixed wireless telephones and the internet throughout the east, west and south of the country.

The expansion project in the west aims to reach 110,000 new customers in phase one of the project through 204 stations. The company says that internet speeds should average about Kbps 920 but could reach as high as Mbps 6.

Hanet will be retailed at LD 560 to end users a price which includes the equipment, one year’s subscription and LD 30 credit, the company reported.

Hanet would go into direct competition with Libya’s main state internet service provider (ISP) Libya Telecoms and Technology (LTT), but also with a number of smaller private sector ISP that are now operating in the country.

The Libyan telecoms sector is monopolized by the seven main state-owned telecoms companies owned by LIPTC. The internet service in the country has suffered greatly since the 2011 revolution with a lack of investment and the lack of completion of many large expansion projects.

Moreover, the on-off power cuts that have plagued the country since has disrupted the internet service greatly during this period.