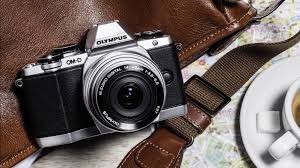 The EU delegation to Libya is to run an online photo competition for . . .[restrict]Libyan participants during Ramadan during which time, people will be invited to share photographs demonstrating their understanding of the principles of peace, forgiveness and sharing that mark the holy month.

Each week will commemorate a specific theme: youth, family, culture and reconciliation.

According to the EU delegation, the first stage will start on 5 June, at one minute past midnight, when the subject of the week will be announced. Participants are then asked to start sending their photos through comments or posting them directly on the competition’s Facebook page. Each stage will last seven days until the end of Ramadan.

The two photographs with the highest number of likes each week will be selected and the eight final winners will be invited to a five-days training course on photo journalism. The selected photos will also be shown in photo exhibitions organised by the EU.

Participants can access the Photo Competition through the following: https://www.facebook.com/photo.competition.DW.EU.LY/

The photos from each week will be saved in an album on the Facebook page containing all the competition entries.

Fans have to go to the photo album to vote for their favorite entry by clicking the ‘’Like’’ button.