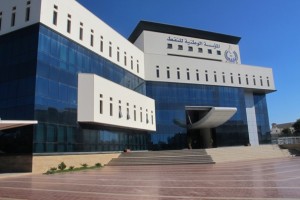 The international community has welcomed the coming together of the rival Tripoli and Beida National Oil Corporations and said plainly that NOC, along with the Central Bank and the Libyan Investment Authority, must come under the authority of the Government of National Accord.

The governments of France, Germany, Italy Spain, the UK and the USA issued a joint statement praising last Saturday’s deal cut in Ankara between Beida NOC’s Naji Maghrabi and Tripoli oil chief Mustafa Sanalla.  This provided for the reuniting of all parts of NOC in a single company with Sanalla as the chairman and Maghrabi joining the board.

In their statement, the six governments urged all Libyans to work together to restore oil production and exports. They also stressed how important it was for the oil wealth to be used for the benefit of everyone in the country.

They also repeated their readiness to interdict oil smuggling and “sanction those who seek to exploit or divert Libya’s oil wealth”. However they also made clear that they would only act in response to a request from the GNA . They did not labour the point that, so far, as with the interception of migrants and arms smugglers within Libya territorial waters, such a request has not been forthcoming.