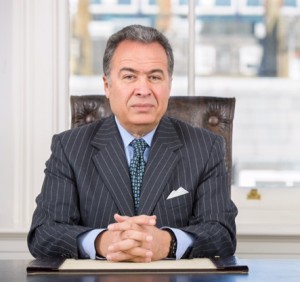 The boss of the Libyan Investment Authority in Tripoli has welcomed the reunion deal between the rival National Oil Corporations in Beida and the capital.

AbdulMagid Breish said that he was seeking a similar accommodation with the LIA set up in the east by the House of Representatives.

“We at the LIA in Tripoli are also taking steps to reconcile our differences with the parallel group based in Tobruk and to resolve the dispute around who is the rightful leader of the LIA” said Breish, adding “Discussions are ongoing with representatives of the GNA and I understand that the Tobruk-based group is considering its position”.

The LIA board appointed by Abdullah Al-Thinni, after he fired Breish in 2014, is in fact based in Malta where the prime minister chaired a board meeting last December.

This March the UN Panel of Experts on Libya decided that the LIA run by Thinni’s appointee Hasan Bohadi was in control of its assets which in 2012 stood at $67 billion. The panel’s conclusion that the Tripoli LIA had no access to the investments brought an angry response from Breish.

He said the UN panel had not contacted him as it claimed and that it was wrong that the Malta-based rival had access to LIA accounts. He hired the leading London PR company Portland Communications to present his argument.

The reality is that UN financial sanctions put in place in 2011 mean that the greater part of the LIA’s investments is not accessible by either of the rival bodies.