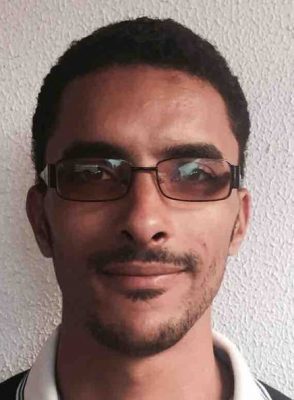 It is understood that he was seized by the Abu Sleem Brigade, also known as the Burki Brigade after its late commander Salah Al-Burki who was killed in March last year.

Hamza had already survived an assassination attempt as part of a campaign of violence against the human rights organisation, which included, threats, an attack on its office and the seizure of chairman Alhadi Ben Taleb and board member Ali Alosta. The NCHRL had condemned violence throughout Libya but focused most closely on allegations against Libya Dawn militias.

After his kidnapping, Hamza’s phone was used to call stored numbers in an attempt to identify people association with the organisation. The NCHRL issued a warning to supporters that they should block Hamza’s number.

His kidnappers later put out a video showing him confessing to a range of crimes.  His supporters said that this statement has been made under duress.

The circumstances of Hamza’s release announced today by the NCHRL on social media remain unclear.