Indian IT engineer kidnapped by Tripoli militias in March is freed 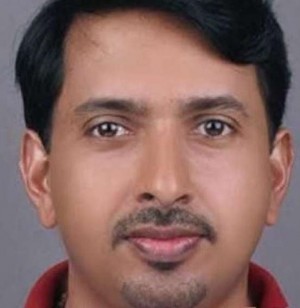 The Indian IT engineer Reji Joseph who was kidnapped by Tripoli militias at the end of March was released last Thursday, the Indian embassy confirmed. The embassy said that he was now with his family and that it was ready to facilitate his departure from Tripoli.

In May, the Indian embassy sought to block its citizens from travelling to Libya due to the deteriorating security situation in the North African country,

Joseph had been seized at his office in the Civil Registration Authority along with two other Libyans and one Egyptian colleague.

The 43-year old IT specialist had moved to Tripoli two years ago with this wife Sheeja and their three children. She works in the capital as a nurse. Relatives had complained of the lack of action by Joseph’s employers in the early days of his abduction.

Joseph’s fellow Egyptian IT engineer, Houssam Mohamed was also released. It was the second time he had been abducted in Tripoli having been kidnapped previously when he was working for his previous employer, Al-Assema TV.

The two unfortunate foreign IT engineers were victims of Libyan politics falling victim to Libya’s tug-of-war between the militias in control of Tripoli and the then only internationally recognized government of Libya based in the east.

The battle was for the control over Libya’s Civil Registration Authority database used to record births, marriages and deaths. It is also central for issuing new identities including passports. The then internationally recognized government of Abdallah Thinni was fearful the Tripoli militias would misuse the database system to issue false IDs and passports to extremists.

The two sides have since reached a technical compromise with both sides now having access without being able to corrupt the database.

The two IT engineers were charged with trumped up charges and made appearances in Tripoli’s main court complex. ‘‘They were treated very badly in court, hooded, and not allowed to speak to lawyers or their families. Their lawyer said that in her ten-year career she had never seen anything like this. A complete disrespect for law and their human rights’’, an IT source close to the whole saga told Libya Herald.