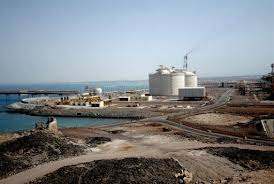 Members of the Petroleum Facilities Guard (PFG) have forced the closure of the Hariga oil terminal at Tobruk over unpaid salaries. They say they have not been paid for five months.

As a result of the protest, which started last Wednesday, it is reported that one tanker which had been due to take on oil, has been unable to do so while another is waiting offshore.

Much of Libya’s current production– around 325,000 b/d – is produced offshore and exported directly. Hariga, with a capacity of 120,000 b/d, has been the only oil terminal operating in the country for more than a year and a half. Its closure will further reduce exports and force production at a number of eastern oilfields to stop.

There are, supposedly, plans in hand to reopen the Sidra and Ras Lanuf terminals, closed because of attacks in December 2014 by Libya Dawn forces. These resulted in holding tanks at both terminals being destroyed and, when reopened, the two terminals’ former joint operating capacity of 600,000 b/d will be much reduced. At the moment, despite Presidency Council member Musa Koni stating a week ago that the two could be reopened within days, there  is no sign so far that the negotiations with the PFG and its leader Ibrahim Jadhran for this to happen are near a satisfactory outcome.

Those talks are thought to include the complaints of the Tobruk PFG although it is not under Jadhran’s control. If the past, however, he has had some influence with them and would like to reinforce it.

Meanwhile, in another sign of the uphill struggle facing the National Oil Corporation (NOC), there were protests outside the eastern NOC’s headquarters in Benghazi today, Sunday, demanding the resignation of its chairman, Naji Maghrabi. The protestors were angry that he had signed the agreement earlier this month with the Tripoli NOC to reunite the two entities.

It, however, is now in doubt because of the opposition of the Beida-based government of Abdullah Al-Thinni and the Marj military authorities under General Khalifa Hafter. Thinni has demanded that 40 percent of oil revenues be spent in Cyrenaica, regardless of the fact that two thirds of the population are in the west of the country.