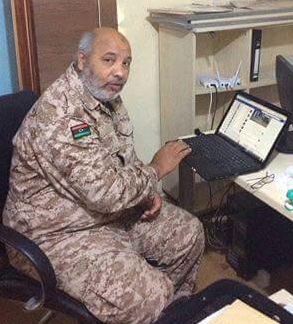 A two-pronged attack by Bunyan Marsous forces saw the final clearance of a key Sirte residential district but at a  further heavy cost in lives, with 22 fighters  killed and as many as 175 injured.

The dawn assault today on the Hay Dolar district saw deaths and injuries from booby traps and sniper fire.  IS casualties were also reported to be high with some 25 bodies found in the advance through Hay Dolar.

At least two attempted suicide attacks were stopped when the vehicles and their explosives were blown up before they could reach their targets. There are unconfirmed reports that a third car bomber managed to get through, causing some casualties

The other point of the attack was an area near the port though the Ouagadougou Centre, which looks increasingly as if it is set to be the terrorists’ last redoubt continued to be bombarded.

In the course of the day, Misratan jets, which had opened the dawn assault, flew 16 bombing missions.

Among the slain today was field commander Mohammed Shakloum and the admired photojournalist Abdulqadar Fassouk. Today’s push came after several quiet days during which extensive preparations were made. A week ago 20 fighters died and 110 were injured in vicious fighting.

The death toll since the BM operation began in May now hovers around 300 with hundreds of wounded, many of them with serious injuries.

There continues to be resentment in Misrata at the Presidency Council’s limited support for an offensive that is being conducted in its name. The call for female blood donors was renewed yesterday in advance on today’s assault. And Misrata Central Hospital and its satellites continue to appeal for drugs and consumables to deal with the steady flow of injured.