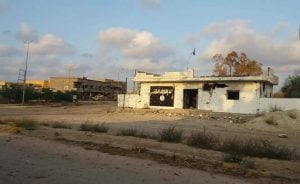 The Libyan National Army’s Saiqa Special Forces say they have taken the western, main entrance to Benghazi’s Gwarsha district plus a number of other buildings in the vicinity.

According to Saiqa’s special investigations head Fadl Al-Hassi, the brigade lost one commander during this afternoon’s operation. Three other soldiers were wounded. The operation included air strikes by the LNA.

Parts of Gwarsha remain under Islamic State control, however, with the battle between both sides having turning into a lengthy war of attrition.