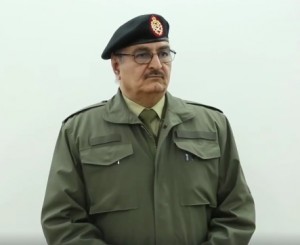 Khalifa Haftar, The head of the Libyan National Army has appointed an 11-man committee to negotiate with tribes and elders in the south of the country, Fezzan, to end the instability there. The committee, made up of southerners, is also charged with creating a united army out of the various militias in the region.

The move follows a delegation from Fezzan going to Marj to ask Hafter to help stabilise the region. It has seen a massive increase in killings and other crimes in recent months.

Those appointed to the committee are:

Some were previously active supporters of the Qaddafi regime, which has drawn criticism from opponent of Hafter.