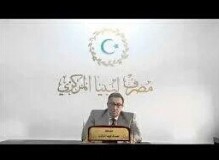 Eastern-CBL Governor Ali Hibri has resigned from the LIA’s Board of Trustees in protest at its decisions (Photo: Eastern CBL).

Ali Hibri, the governor of the eastern-based Central Bank of Libya, resigned yesterday from his position as a member of the Libyan Investment Authority’s (LIA) Board of Trustees. The LIA Board of Trustees, headed by Libya’s incumbent Prime Minister, is the ultimate oversight body of the LIA, appointing its board of directors – which in turn appoints its chairman.

Hibri’s resignation comes in objection to the treatment of the eastern-designated LIA chairman, Hassan Bouhadi, by the eastern authorities last week. Bouhadi had been left with no option but to resign last week after being put under house arrest in Benghazi and coerced into calling a board meeting. At the meeting, a new CEO was appointed who is deemed as being more sympathetic to the House of Representatives (HoR), was appointed.

In his resignation letter published today, Hibri felt that the newly appointed CEO, Ali Shamekh, was not qualified for the post which is ‘‘in charge of the management of assets of the LIA worth US$ 67 bn’’. This appointment, Hibri adds, ‘‘sets a dangerous precedent which should be opposed by all administrative and legal meas’’.

It will be recalled that both eastern-CBL governor Hibri and former LIA chairman Bouhadi represent the eastern-based government of Abdullah Thinni and the HoR. The Tripoli-based administrations have two different designated representatives.