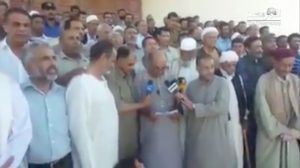 Elders and leaders of the Obeidat tribe, meeting in in the eastern town of Guba today, have rejected an agreement made yesterday in Tunis by other members in the tribe’s name with representatives from Misrata, recognising the Government of National Accord (GNA) and calling for an end to fighting in Benghazi and Derna.

The Obeidat elders rejected the GNA , which they described as an “occupation govermment” and instead reaffirmed their support for the Beida-based Thinni administration, the House of Representatives and the Libyan National Army led by Khalifa Hafter.

Yesterday, a group of Obeidat members, following talks with a delegation from Misrata, approved a 15-point “reconciliation” agreement which stated its support for the GNA but also had disinctly anti-Hafter overtones. It specifically rejected “all military coups” – standard anti-Hafter terminology.

While in Tunis, the Obeidat delegation also met with GNA head Faiez Serraj who welcomed the agreement with Misrata. It is supposedly designed to pave the way for other agreements between the east and west of the country.

According to an Obeidat source, the man representing the tribe in Tunis, Muftah Hamza, a member of the Derna Mujahideen Shoura Council, is an extremist with links to Al-Qaeda. He did not represent the tribe, the source said, and his views were unacceptable. 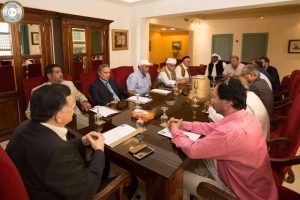