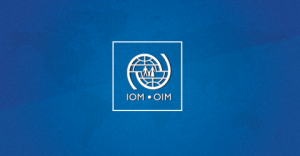 Nearly 11,000 migrants were repatriated from Libya and there were 3,165 migrant fatalities recorded in the Mediterranean, the International Organization for Migration (IOM) reported yesterday.

The report also states that 270,576 migrants and refugees entered Europe by sea in 2016 up to 24 August, arriving mostly in Greece and Italy, where 105,342 migrants or refugees have arrived during 2016.

This total is slightly lower than the number recorded in the first eight months of 2015, when a total of 354,618 arrivals were recorded crossing the Mediterranean, the majority from Turkey to Greece.

Mediterranean fatalities among migrants and refugees stood at 3,165 up to last weekend, or 509 more than the IOM had reported in the first eight months of 2015.

Last Thursday, the IOM had reported that about 1,200 migrants had been rescued in the Channel of Sicily since its last report on 23 August.

Meanwhile, in another report published yesterday, the IOM said that it had facilitated the voluntary return of 241 Nigerian nationals from detention in Libya on Tuesday. This now brings the total of illegal migrants repatriated from Libya to their countries of origin since the overthrow of the Qaddafi regime in 2011 to nearly 11,000 migrants.

The Nigerians included 174 men and 67 women, and included several teenagers.  This brings the total number of Nigerians returned from Libya in 2016 to 581. Since the onset of the Libyan crisis in 2011, some 1,624 Nigerians have returned home from Libya through the IOM.

This compares with some 3,000 migrants returned from Libya to Niger – a country which shares a land border with Libya. The IOM charter flights have also repatriated migrants from Libya to Senegal, Mali, Burkina Faso, Guinea-Conakry, Ghana, Sudan and The Gambia.

“The humanitarian repatriation programme ensures humane, dignified and safe return for stranded migrants back to their home countries,” said IOM Libya Chief of Mission Othman Belbeisi. “This is the third return flight to Nigeria since the beginning of 2016. Our office in Nigeria is providing reintegration assistance to the most vulnerable of these returnees,” he added.

Suliman Alabi, a consular assistant with the Nigerian embassy in Tripoli, said that without the IOM charter flights, many of the migrants would still be stranded in detention centres. He estimates that there may be as many as 6,000 undocumented Nigerian nationals still in detention centres or living in Libyan towns. “Although many are leaving, many continue to come,” he notes.

Emmanuela, the mother of a 3-year-old boy, told IOM that she had been working in Libya as a housemaid, while her husband took care of their son in Nigeria. She was affected by Libya’s deteriorating economy and political turmoil.

“I was working for very little money and in some cases, I didn’t receive any. It was difficult to save because of lack of income and high prices. I had no money to return home until the Nigerian Church put me in touch with IOM. Now I will be able to be with my son when he starts school.”

Alhaji, 22, had an even worse experience. “I came here in 2011 to work and maybe one day make enough to go to Europe.  I was working as a barber when I was stopped by a group of men who wanted my phone and everything I had on me. They ended up shooting me and I was left there until a local man took me to a clinic.” Doctors had to remove one of his testicles and he now has to use a silicon tube to urinate.

Ellsa, 20, had nearly made it across the Mediterranean, but the boat in which she was travelling was intercepted by the Libyan Coastguard. “I paid 400,000 Nigerian Naira (USD 1,000) in Nigeria to get to Italy, but I never want to leave again. I never thought Libya would be worse than back home. I am happy to be going back,” she said.

Nigerians are among the top nationalities rescued from rubber dinghies and other small crafts in the Channel of Sicily by Italian and other vessels. IOM Rome reports that between January 1, 2015 and the end of July 2016 at least 40,824 Nigerians arrived in Italy after being rescued at sea. Almost all of them sailed from Libya.

Before boarding the IOM charter flight to return home on Tuesday, each migrant was provided with a hygiene kit, underwear, a shirt, tracksuit and shoes. A mobile patrol from the Libyan Directorate of Combating Illegal Migration (DCIM) escorted the buses to Mitiga airport.

On arrival at Murtala Muhammed International Airport (MMIA), the returnees were met by IOM Nigeria staff. They were provided with post-arrival assistance and given cash grants to facilitate their onward transportation. The most vulnerable migrants – 18 percent of the group – will be given reintegration assistance by IOM Nigeria over the next six months.

The cost of the charter flights was covered by three IOM projects funded by the Swiss Secretariat of Migration, the UN Central Emergency Response Fund and the Kingdom of the Netherlands.

IOM has two more charter flights scheduled to leave Libya in early September – one to Niger and the other to Burkina Faso.