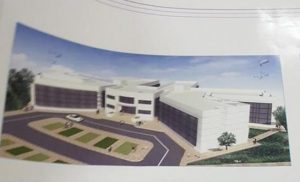 The security directorate headquarters in Benghazi’s Hawari district which was seriously damaged in fighting in 2014 will be completely rebuilt to new designs, Colonel Salah Hwaidi, the head of the directorate, said today.

He is also reported saying the the Benghazi-based Arabian Gulf Oil Company (AGOCO) would pay for the work.

This has surprised oil industry watchers. On more than one occasion recently, the Tripoli-based National Oil Corporation head Mustafa Sanalla has said that AGOCO did not have sufficient funds to carry out many of its operations and, as a result, was producing less oil that it should.

With the militants in Benghazi slowly being defeated, there are plans to re-establish all the security facilities in the city. In Birkah where the police station was destroyed, the site has now been cleared and the police are currently operating from other premises but there are plans to build anew at the original location.