Who pays for ISIS in Libya? 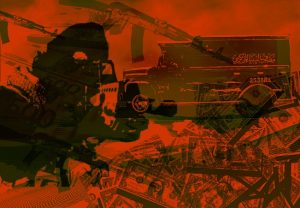 The financing model of ISIS in Libya was unsustainable says the report (Photo: HSI).

At the headquarters of the Royal United Services Institute (RUSI) in Whitehall, London today, Hate Speech International (HSI) launched its report: “Who pays for ISIS in Libya?”. The report is authored by James Roslington and Jason Pack.

Contemporary terror groups such as ISIS rely on money for their survival. This enables them to pay their soldiers and administer territory under their control as in Syria and Iraq, the HSI report says.

The report maintains that the key causative dynamic of the rapid defeat of ISIS in Sirte was possibly their pour financing. The ISIS financing model has always been predatory rather than productive. It has been dependent on loot, taxes, smuggling, corruption and coerced donations, the report explained.

Therefore, the report maintains, ISIS was only sustainable so long as it acquired progressively more territory to tax and plunder.

ISIS in Libya was initially set up based on seed capital from ISIS in Syria and Iraq, it explains. Additional funding was thought to have come from the hijacking of a Central Bank of Libya van in Sirte in November 2013. It was believed to have contained the equivalent of US$ 55 million.

Moreover, as many ISIS members in Libya had initially been anti-Qaddafi militias, Libyan state salaries had also acted as another source of start-up capital. The militias were also able to obtain large amounts of weapons and ammunition from the General National Congress (GNC) by benefiting from defence and interior ministry expenditures on vehicles and supplies.

After its initial rapid expansion and success in Derna and Sirte, the ISIS leadership anticipated that it would gain control of at least some of Libya’s oilfields replicating the Iraq and Syria financing model – which would have extended its existence in Libya.

However, the report explains, the financial basis of ISIS in Libya dwindled as it ran into greater resistance over 2015 and 2016, and due to mismanagement and extreme brutality. And as it’s middle eastern parent faced its own financial difficulty, it was incapable of bailing out its Libyan branch.

Unlike it’s Syrian and Iraqi parent, ISIS in Libya was unable to export oil by smuggling it by land to Turkey. The Libyan branch of ISIS was always dependent on extracting wealth and taxes from areas under its control. This wealth and tax and territory were finite in Libya curtailing the strength of ISIS, the HIS report explained.

The size and finite wealth generating capacity of Sirte and to an extent Derna, meant that the finances ISIS could raise were short-lived. ISIS’s presence in Libya acted as a disincentive to investment in the city as more and more inhabitants fled.

ISIS also failed to expand its money-raising activities into drug and, antiques, and human trafficking, despite media reports to the contrary.

The report says that by early 2016 ISIS had expanded to its natural limits. Territorially, it had reached the outskirts of Misrata in the west and territory controlled by the Libyan National Army and the Petroleum Facilities Guards in the east. Moreover, it’s brutality had turned off other potential allies.

In view of these inherent limitations, the report contends, ISIS was dependent on the vacuums and fault lines caused by Libya’s legitimacy and political splits which could allow it to expand.

The report says that if ISIS is defeated soon in Sirte, it will be more as a result of its own weakness rather than any compelling anti-ISIS battle plan by the Presidency Council/Government of National Accord affiliated Bunyan Marsous forces and its Western allies.

The report also warns that top ISIS commanders are believed to have escaped Sirte, south into the Libyan desert possibly with large amounts of cash. It is possible that they may set up along Libya’s southern arms, drugs and human trafficking routes, embedding themselves within tribal and ethnic conflicts in the southern region.

The financial realities of Libya and the absence of sovereign institutions and a coherent state security apparatus will always make Libya a fertile petri dish for jihadist organizations seeking to multiply rapidly, concluded the report.