The Tripoli-based and Faiez Serraj-appointed LIA Interim Steering Committee has announced that it has taken-over the running of the Sovereign Wealth Fund (Photo: LIA Media Dept).

The management of the Libya Investment Authority (LIA) in both Malta and Tripoli handed over the administration of the sovereign wealth investment body yesterday to the Interim Steering Committee appointed by the Faiez Serraj Presidency Council/Government of National Accord (PC/GNA).

The LIA’s Media Office forwarded to Libya Herald copies of the handover documents for both Tripoli and Malta handovers as evidence – and to counter claims by LIA contended chairman Abdulmajid Breish that no handover had taken place. 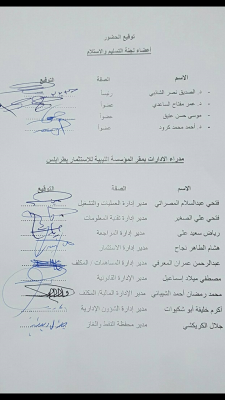 It will be recalled that the only internationally-recognised Libyan government of Faiez Serraj and his PC/GNA had passed a decree (no. 115/2016) on 15 August appointing an Interim Steering Committee of five people chaired by Ali Mohamed to run the LIA

The committee will act as chairman and board of directors. They have full power to pursue all legal disputes but have no power to transfer or dispose of LIA assets. 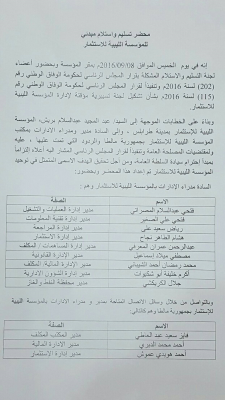 The move by the PC/GNA to appoint an Interim Steering Committee comes on the back of the resignation of Hassan Bouhadi as eastern-designated chairman of the LIA in August after he had been placed under house arrest in Benghazi and forced into holding a board meeting at which Ali Shamekh was appointed as LIA CEO. 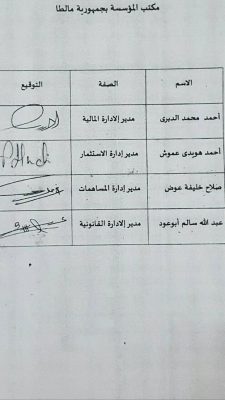 Bouhadi’s resignation was promptly followed by the resignation of eastern Central Bank of Libya governor Ali Hibri as member of the LIA’s board of trustees in protest at the way the LIA was being run.

It will be recalled that the chairmanship of the LIA is being contested at the London High Court as well as the ongoing court cases between the LIA and Goldman Sachs and Soc Gen.