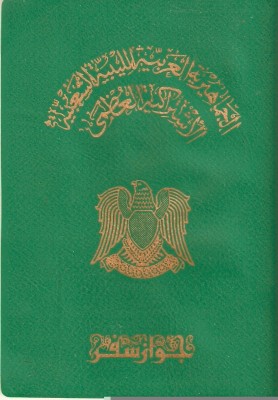 The details of the old Qaddafi-era Libyan passports were written by hand which made them easier to forge.

The Algerian government has announced that it has stopped Libyans with green passports from entering its territory.

The Algerian authorities said that the decision had been reached together with the Libyan authorities. The old Qaddafi era green Libyan passports are handwritten and, unlike the new post-Qaddafi era blue passports, are not machine-readable.

The Algerian authorities pointed out that allowing Libyan holders of green passports to enter Algeria was an ‘’exceptional procedure’’ put in place to accept Libyans after the revolution. 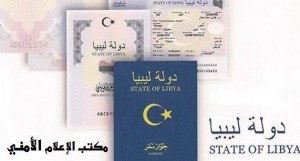 The move will come as a blow to many Libyans still holding old green passports who use Algiers airport as a transit point to get into Europe. It will also be a blow for the sizeable number of Libyans settled in Algeria since the 2011 revolution.

There are huge waiting times running into months if not years in Libya for the new machine-readable passport. Demand to renew passports is so high and supply is so slow that their issue has become a major source of corruption with prices to jump the queue varying from one to several thousand Libyan dinars.

There is a fear internationally of the old green Libyan passports as they are seen as a high counterfeit risk. However, in sympathy with the difficult circumstances Libyans are enduring, many states have made an exception and continued to accept the old green passports.