Indian academics held in Sirte freed; US air strikes against IS continue 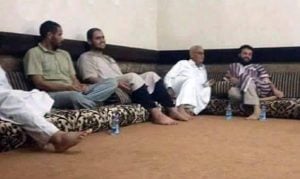 Two Indian academics at the University of Sirte who were kidnapped by the so-called Islamic State over a year ago have been freed along with four other captives – a north Korean doctor and his wife and two Libyans.

The two academics, English language Professor T. Gopalakrishna and C. Balaramishan, who taught computer science, were abducted along with two other Indian colleagues from the university while driving to Tripoli on 29 July 2015 to catch a plane out of the country. It was reported at the time that they were seized just 50 kilometres from the capital.

The other two, Lakshmikant Ramakrishna and Vijay Kumar, were freed shortly afterwards, apparently by IS fighters who had been their students at the university and who recognised them. However, Gopalakrishna and Balaramishan had been working at the university’s Hun campus and were not known to the IS gunmen.

A fortnight later the Indian embassy said that it was in indirect contact with IS and that it expected the two would be released soon. However, only now, weeks after the battle to free Sirte started that they, and their fellow captives have finally been freed.

The six captives were found on Wednesday in a small building in Sirte’s No.3 neighbourhood, according to the Bunyan Marsous operations room. All were reported to be in good health.

The Bunyan Marsous operations room, with which the strikes are coordinated, consistently avoids any mention of them.