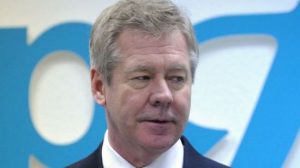 Russia has condemned countries that have sent special forces to train armed groups in Libya and said the Libyan National Army should not be overlooked in the rebuilding of security.

“There are problems in this area because some countries have been conducting air strikes in certain areas of Libya.  They have also been sending Special Forces involved in training the armed groups. This approach only exacerbates animosity and disunites the Libyan people”.

He said that it would be wrong to disregard the LNA which had been fighting terrorists in the east.

He insisted: “Only unified and strengthened security bodies can receive international military assistance within the restrictions imposed by the UN Security Council. The arms embargo should be scrupulously observed. At the same time, reliably monitoring the embargo is also important”.

Gatilov also told a ministerial meeting at the UN General Assembly “The situation in Libya is still unstable. The efforts to restore the stability and unity in the country after the illegal military intervention in 2011 have not yet been successful. The country’s future is still uncertain”.

He also repeated Russia’s reservations about sanctions. “The unilateral imposition of sanctions, as some countries have done, will not lead to a positive result”. The UN and UNSMIL chief Martin Kobler should work diligently “to engage the key politicians, the military, the representatives of the country’s regions and the tribes in the peace process, leaving no one behind”.

Moscow’s insistence on the LPA as the only option extends to its view first expressed in April that the Government of National Accord will have no standing until a cabinet selected by Faiez Serraj and his Presidency Council has been approved by the House of Representatives .