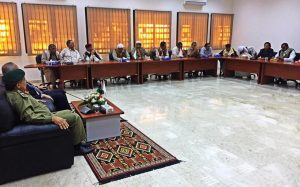 Local tribal leaders in Soloug, some 50 kilometres south of Benghazi, have called on Major-General Abdul Razzaq Al-Nazhuri, the HoR-appointed military governor of eastern Libya, to install a military man to run the municipality instead of the present elected council.

It is not clear if the elders who met on Sunday made the decision voluntarily or were pressurised into it. According to the Beida offices of the Libyan news agency LANA, which supports the Libyan National Army led by Khalifa Hafter, Nazhuri attended their meeting accompanied by the man he appointed as mayor of Benghazi, Ahmed Al-Oraibi.

The Soloug move coincides with reports that the mayor of Tobruk has asked that a military governor be appointed in his place.

So far, in addition to Benghazi, Nazhuri has replaced mayors in Kufra, Ajdabiya and Al-Abyar. He has also replaced the management of the electricity company in eastern Libya.

There are suggestions that a next move by the LNA will be the appointment of a military governor of Sirte despite the fact that most of it is in the hands of Misrata-led forces of the Bunyan Marsous Operations Room, which support the Presidency Council of Faiez Serraj. Nor is it fully liberated; some 200 Daesh fighters are thought still to be there.  However, LNA forces were reported last week to have taken Harawa, 50 kilometres east of Sirte.