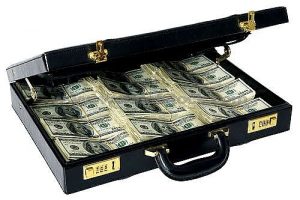 Libya is seen as being among the world’s ten most corrupt countries.

The reports points out that Libya, along with Iraq and Sudan, is still involved in conflict which mean that inevitably efforts to strengthen institutions and governance have taken a back seat.

However, it warns: “Yet security will only succeed long-term if governments make a genuine break with cronyism and build trust with citizens. This will require a huge change in political will”.

Libya’s ranking has  declined over the last four years. Transparency International says its corruption perceptions index is based on “expert opinions of public sector corruption. Countries’ scores can be helped by open government where the public can hold leaders to account, while a poor score is a sign of prevalent bribery, lack of punishment for corruption and public institutions that do not respond to citizens’ needs”.

This March Transparency International issued a separate damning report assessing Libya’s National Integrity System”. It noted that Qaddafi’s legacy had been little or no institutions upon which to build a well-functioning state.

It noted then: “Most institutions, laws and regulations are either outdated or of very recent origin and implementation of the laws is severely hampered by a malfunctioning central and local government and the unstable security situation”.

The lack of security was caused by militias, it said, but militias also took responsibility for security, albeit without being accountable to anybody and therefore in no way transparent. This presented a thorny security dilemma.