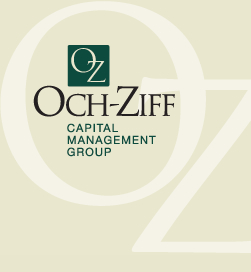 A US hedge fund executive told his bosses that after 2007 talks with Libyan Investment Authority executives, he had not been so excited in a while. “They [the Libyans] have 77 billion, half in cash and no idea who to give it to”.

The US fund in question was Och-Ziff which went on to win investment mandates for $300 million which the US Securities and Exchanged Commission has ruled were obtained through bribery. This week the firm was told to pay $413 million after it pleaded guilty to bribery in Libya as well as Chad, the Democratic Republic of Congo, Guinea and Niger.

The SEC report into the Libyan payola does not name names but says the US firm paid $3.7 million to win the business. It seems clear from its findings that Saif Qadaffi received a share of the bribe along with Abdullah Senussi, the Muammar Qadaffi’s security chief.

After the rehabilitation of the regime in 2003 when Qadaffi ditched his WMD programme and support for international terrorism,  his son Saif was a prime mover in the 2006 creation of the LIA. This was also the year that the United States removed Libya’s designation as a “state sponsor of terrorism”.

In 2007 the unidentified then-head of Och-Ziff’s European office signed up a London-based Libyan who had high level Libyan government contacts.  The SEC said that the US hedge fund knew that this individual was not a consultant nor an adviser “ but rather a middleman whose primary contribution to transactions were his connections to foreign government officials and his complicated network of offshore entities”.

The SEC said that when the Libyan demanded a fee if Och-Ziff gained LIA investments in the firms managed funds, the executive agreed, knowing that the Libyan “would use any fee he received to pay bribes”.

In March 2007, the Libyan organised a meeting in Vienna between the executive and two LIA executives, one of whom the SEC says was one of Qadaffi’s sons and “the driving force behind the creation of the LIA”. The other LIA executive was described at the son’s right-hand man who looked after his interests at the LIA. Also at the meeting, was a Tunisian business associate of the two Libyans.

The purpose of the encounter says the SEC, was to introduce the Och-Ziff executive in “order to facilitate the bribery of those officials in exchange for the LIA investing its money with Och-Ziff”.

It was after the Vienna meetings that the executive contacted head office in New York and said that they had been “amazing”, gave his view that the Libyans  had no idea what to do with their billions and added “I haven’t been this excited in a while.”

In November the LIA agreed to a $300 million investment. At the Libyan middleman’s direction, Och-Ziff  paid the $3.7 million bribe to an Guernsey-based offshore company rather than directly to the middleman or his London-based company.

The SEC said that the US firm knew that the scheme was funnelling bribe payments and that a third government official, whom it  describes only as “the head of Libya’s powerful state security service and Libyan agent’s longstanding patron in Libya” was among the recipients.  This would appear to be a clear reference to Senussi.

The SEC found that Och-Ziff was aware that the only people who knew about the bribery were the London Libyan, the Tunisian and those close to the LIA who benefited.  The existence of the middle man and the bribe was concealed from other staff at the LIA, to the extent that he was never copied in to any correspondence.

The US firm’s lawyers advised that to comply with American law, the middleman needed to have made the LIA aware of his role in securing the investment. He refused to provide that. In the end Och-Ziff accepted a note from the middleman’s firm but did not require any proof that the LIA had actually been informed.

The SEC that says that after this deal, Och-Ziff pressed the middleman to win them more business but it appears that no further mandates were forthcoming. It is not clear how well the investment that the LIA made with the US firm prospered.

The LIA is currently awaiting the result of an action it brought against US investment bankers in the High Court in London over the loss of a $1 billion investment in the 2008 financial crash. A similar case is underway against French bank, Societe Generale.

Project of social tolerance to be launched in Libyan schools