Egypt admits to airstrikes in 2015 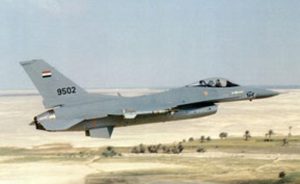 The Egyptian air force says that last year it carried out 13 air strikes against terrorists in Libya in revenge for the reported murder of 20 Egyptian Christians.

An air force commander, speaking prior to Egypt’s Air Force Celebration Day today, said that the strikes has been coordinated with the Libyan army.

Egypt announced last year that it had carried out airstrikes against the so-called Islamic State but never quantified them. One of its targets, however was Derna, where IS was still partly operating and where seven civilians were reportedly killed, including women and children. They resulted in threats of reprisals from the General National Congress in Tripoli and the mujahideen in Derna who were still fighting to remove IS. They were also condemned by Amnesty International and Human Rights Watch as indiscriminate and disproportionate.

This, though, was rejected at the time by the Egyptian government which dismissed the reports of civilian deaths as false, insisting that precision targeting had been used.

Speaking yesterday, the Egyptian air force commander repeated the claim that the strikes were precise but in a tacit admission that there were civilian casualties added that civilian loses were not major.