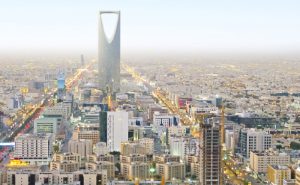 Saudi Arabia is expected to take a major role in trying to solve the Libyan crisis, inviting key players from all sides of the divide to a meeting aimed at ending it. Riyadh is still undecided, though, on the location of the meeting, a prominent source in Riyadh very close to the Saudi authorities has told the Libya Herald.

Five days ago, following talks in Washington with Saudi Foreign Minister Adel Al-Jubeir, US Secretary of State John Kerry said there had been discussions on “a multinational group meeting of the main stakeholders somewhere in the next 10 to 12 days”. The aim was “to take certain key steps that could actually strengthen the ability of government to be able to serve the people of Libya”.

Both the Americans and the Saudis had also agreed on the need for a united fight in Libya against the so-called Islamic State.

According to the Saudi source, Riyadh now feels it has to become fully involved.

Washington was reported during the summer to have decided to ask Saudi Arabia to help solve the Libya crisis if it remained stalemated for much longer.

There has been a growing view among international diplomats that Riyadh has the influence and kudos, not just with the various Libyan parties but perhaps more importantly with the regional powers that have been backing one side or another in Libya to break the current impasse.

“If Saudi Arabia becomes involved,” the Riyadh source said, “the Qataris and Emiratis will have to pull back”.

Riyadh also has strong influence with Egypt, which it helps bankroll, and with Turkey.

“The Saudis can break the logjam,” one European ambassador told this newspaper today.

France has already publicly come to that conclusion. At the meeting on Libya in Paris earlier this month, the Saudis were one of five regional states invited. “This is a country that is able to talk to all stakeholders. This is why it seemed important to us to invite them”, France’s new ambassador to Libya, Brigitte Curmi, subsequently told the Libya Herald.

Saudi Arabia famously managed to bring an end to the Lebanese civil war with the Taif agreement in 1989 signed by all the parties to that conflict.