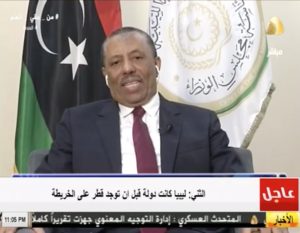 An agreement with Greek investors is about to be signed to develop solar power in Libya, according to Beida-based Prime Minister Abdullah Al-Thinni.

Interviewed on Hadath TV, he said that a number of Greek investment companies would sign the contract with his government “within the coming days”. The power generated would be connected to the national grid in Greece via undersea cable and from there to elsewhere in Europe. A power substation would also be built in the desert oasis of Jaghbub, 280 kilometres south of Tobruk.

The project, Thinni said, would provide a significant source of revenue for Libya in addition to oil earnings and would also create many jobs.

There were no further details. However, there were plans to develop solar and wind energy prior to the revolution. According to the journal Renewable Energy, if Libya produced energy from solar panels on just 0.1 percent of the country’s territory, it could generate around five times the amount of power currently produced from oil.

The Thinni administration has been looking to do business with Greece. A fortnight ago, he met a group of visiting Greek businessmen in Beida to discuss a number of projects. One in particular was the treatment and rehabilitation of Libyan war wounded in Greek hospitals. 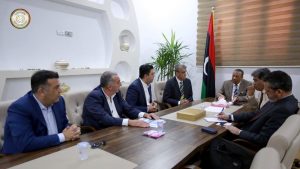