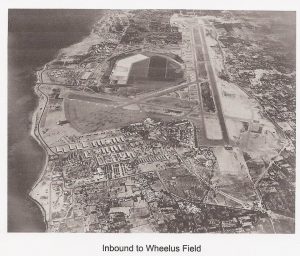 Before the Qaddafi regime, Libya was extensively used as a film location particularly for Second World war movies. British actor Terence Sharkey was in Libya in 1955 filming The Black Tent which among others also starred Donald Sinden, Donald Pleasance and Anton Diffring.

Shot in Tripoli, Sabratha, Leptis Magna and Aziziya, the film appeared the next year but during filming, Starkey visited Wheelus Airbase, the US air force’s massive facility which is now Mitiga airbase and airport. In those days, it was the largest American military base outside the US, covering over 50 square kilometres. With some 15,000 US service personnel, the largest military hospital outside the US, a shopping mall, a variety of fast food outlets, a TV and radio station, sports clubs and entertainment facilties and, during the Cold War, and air armada of aircraft designed to counter the Soviet Union. As Mitiga airport it is much reduced in size.

Sharkey has given the Libya Herald an account of his visit.

I was a guest at Wheelus sixty years ago and I still recall the warmth of the welcome which matched the 90-degree heat everywhere. In 1955, food-rationing from WWII in England had only just ceased and, for an English youth, my eyes had popped out at steak sizes I’d never seen, breakfast portions undreamed of, and chocolate bars in abundance. (I’d never heard of Hershey bars –but I soon learned). Suddenly England seemed even more austere when I saw the goods on offer in the commissary.

I was sixteen and had gone to Libya as a young actor for desert location scenes for a movie we were making at Pinewood Studios back in England.
A couple of days after my arrival at Idris Airport the once daily flight from London’s Heathrow ended in tragedy when a BOAC DC4 Argonaut crashed in flames on landing, killing fifteen and badly injuring many of the forty-seven on board. Idris Airport’s facilities were about what you’d expect of one of the world’s poorest nations with an international terminal that looked like it was the film set from Bogart’s “Casablanca” and the boys and girls at Wheelus had mobilised immediately, with helicopters ferrying the injured to the military hospital.

A few days later, at a break in the filming schedule, I visited the base with Rosemarie, a young woman survivor of the crash. American helicopter pilots honored her with a bouquet. Their tears turned to laughter when Rosemarie discovered the bouquet was swarming with ants, which had joined the consignment somewhere locally. (Where had they had come up with fresh roses in such a desert?).

The base was enormous. I had been fearful that the sight of aircraft so soon after the tragedy at Idris Airport on the other side of the city would be upsetting, but my companion was enjoying the tour as much as I was. At one stage our jeep rattled its way over the tarmac beside twenty or more very business-like looking fighter jets with US Air Force emblazoned on each silver fuselage together with the big white star.  “F-86 Saber jets” our driver told us proudly. “See them swept-back wings? They’ll take-on anything those Commie-bastards can throw at us – they’ll out-maneuver any of Joe Stalin’s boys.”
Stalin had died two years before and his successor, Nikita Khrushchev, had appeared to adopt a more conciliatory attitude towards the West in an attempt to end the Cold War.  Our driver, if he knew of the demise of the despot, cared little for the changes and continued to extol the superior virtues of the Saber jets over the Russian MiG-15s, which he told us he had seen in dogfights in the Korean war a couple of years before.

An international incident was narrowly avoided when this naïve British visitor took a photograph of his beautiful companion. I had not noticed that the background included some tents and several large aircraft. I still have the Zeiss camera, which I had bought cheaply in the souk a couple of days before, just a museum piece now in our age of digital photography, but I will always remember that day when I had to hand over the film to the fierce military policeman declaring us off-limits.

Actually, he turned out to be quite an affable sort who, having executed his official task, seemed more than happy to assist my companion, who had discovered that the ants were now invading her blouse. Uncle Sam’s Military Police are clearly up to anything the day throws at them and the fellow produced some magic mosquito cream, which he applied liberally to her neck. His enthusiasm for the task knew no bounds – or boundaries and soon it was the turn of the female visitor to gently point out what was off limits.

Apart from the loss of my pictures it was a memorable day with hospitable hosts, an air-conditioned day that offered a welcome contrast to the sweltering Sahara filming days that lay ahead.
Happy days!

Terence Sharkey memoirs of life in the 1950s, Love, Life and Moving Pictures was published in 2014. 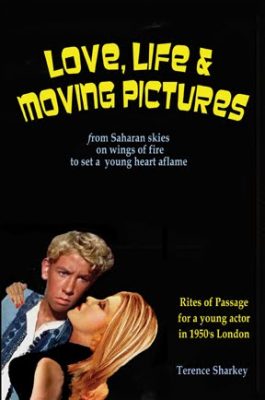