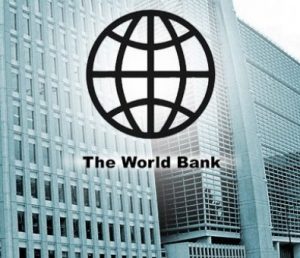 The World Bank’s latest report on Libya could hardly be more gloomy. Everyone, including the government is running out of money.   In the first seven months of 2016,  state income at LD 3.2 billion was just a tenth of what it was over the same period last year.

Declining oil prices and low production have created deficits which have seen foreign reserves halved in just three years, from $107.6 billion in 2013 to an expected $43 billion by the end of this year.  In the black market the dinar has lost 73 percent of its value against the dollar.

In the first half of this year, the World Bank calculates that, pushed by shortages, food prices have increased by 31 percent. This effectively negated a part of government subsidies, which fell more than 25 percent but nevertheless still accounted for 18.4 percent of Gross Domestic Product.

The tottering budget was also helped by a fall in the cost of imported fuel products but it remains burdened with a state sector wage bill which consumed 61 percent of GDP.  The good news is that this bill fell by 8.7 percent thanks to the clean-up of payrolls removing duplicate or even multiple payments by matching wage packets to the new national identification numbers.

Government spending on capital projects has fallen to a seventh of the figure before the Revolution. It would appear, though the World Bank does not say so, that much of what little investment that has occurred has been laid out on the repair and maintenance of existing infrastructure.

The Bank says that the budget deficit of 69 percent of GDP remains very high. The government has funded this by borrowing mostly from the Central Bank with lesser sums from commercial banks. Before 2011, the state was a net lender. Now Libya’s domestic debt to GDP ratio stands at 110 percent.

The World Bank’s outlook for Libya hinges, it says, on the assumption that the House of Representatives will endorse the Government of National Accord by the end of the year. This would in turn lead to a restoration of security and the launching of projects to rebuild social and economic infrastructure.  Because of the time needed to restore what is says are the heavily-damaged oil facilities, the Bank believes it will take four years before oil output reaches pre-Revolution levels.

Under this scenario it says it would expect foreign reserves to grow by an average of around $27 million a year between 2017 and 2019, equivalent to 13 months’ import cover.

However it warns: “Unless immediate and target action is taken to address the humanitarian crisis, the situation is unlikely to improve. The situation in Libya is such that simply relying on a slightly improved macro outlook is unlikely to bring about significant change”

It adds:“The country needs humanitarian aid and specific programmes to address the destruction and lack of basic services that a large part of the population faces”.