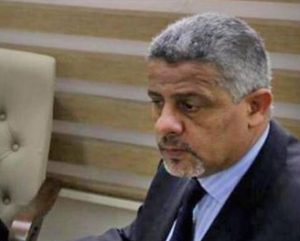 There still appears to be no solid information on the disappearance earlier in the week of the Thinni government’s cabinet secretary Al Amin Huwail. It is thought that he has been kidnapped but it is even unclear precisely when this might have happened.

Beida-government premier Abdullah Thinni is reported to  been consulting with ministers in particular the deputy PM for security affairs Mehdi Al-Labad. As cabinet secretary Huwail was effectively Thinni’s chief of staff, mustering meetings and ensuring that ministers were properly briefed.

The puzzle appears to be how Huwail could have been seized in Beida and no trace of him yet come to light. The justice ministry is urging the police to boost their efforts to find him.