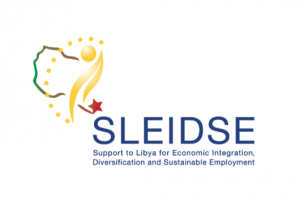 Leading Libyan names are to take part in a conference next Monday launching an EU/French-funded programme to help economic growth and reform in Libya.

Presidency Council (PC) member Fathi Majbri who is in charge of its economic planning and finance will be joined for the one-day conference in Tunis by Central Bank governor Sadek Elkabber, the PC’s LIA head Ali Mahmoud, its planning and local government ministers as well as businessmen, academics, diplomats, bankers, mayors and many other Libyan officials.

The four-year Support to Libya for Economic Integration, Diversification and Sustainable Employment (SLEIDSE) project is designed to help Libya recover from conflict and crisis by supporting economic reconstruction and development through the creation of micro, small and medium enterprises (SMEs). These in turn are expected to provide jobs for Libya’s youth and women.

In particular, SLEIDSE aims to develop the capabilities and capacity of Libya Enterprise, the national SMEs organisation.

The EU/French side of the operation will be in the hands of Expertise France.

“Libya warmly welcomes the European Union and France’s commitment,” said Majbri about the project. The country needed their support to help create a better future, “and this begins now”, he stated.

AFRICOM airstrikes against ISIS in Sirte reach 420 since 1st August